Showing posts from January, 2013
Show all

You and your kayak 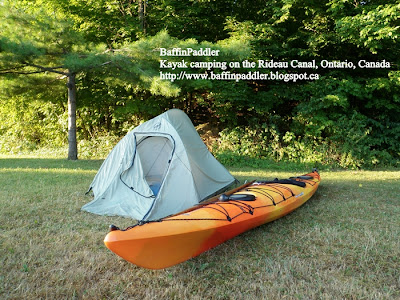 You and your kayak . . . or one you borrowed for kayak camping.

It's bigger than your tent. I hope so, or the tent won't fit in one of the hatches.

The places you take it.

The places it takes you.

And . . . after a trip, we forget about all the work it was to get there, to plan and pack, and other stuff like bugs or things that bug you.

Happy trip planning! Winter is a great time to plan or take off on a trip. 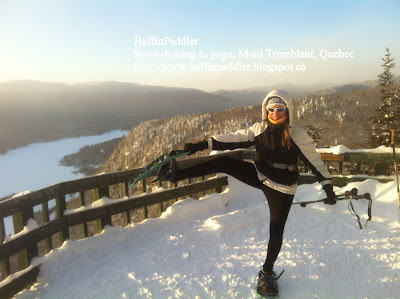 A small group of snowshoers from New York State in the U.S. were up there too having a lunch break. They laughed, "Yoga in snowshoes?" It's a funny joke, right. But I wasn't kidding.

It is possible to strike a few yoga poses without removing the snowshoes. But, when it's -16 to -19 Celsius, the cameraman has to snap quickly before the fingers and the camera lens and battery freezes.

It's awesome! Doing yoga in the snow. It's called Snowga. You can do some yoga poses in snowshoes and on skis, depending on the pose. Choose wisely so you don't slip and pull a muscle. The combination of snow, the great outdoors, and yoga are powerful complements for body, mind, and soul. I love my snowshoes. I lo…
4 comments
Read more
More posts