Showing posts from December, 2013
Show all

I got lost in the Roads and Rails: Everyday Life in the Age of Horses exhibit at the Adirondack Museum 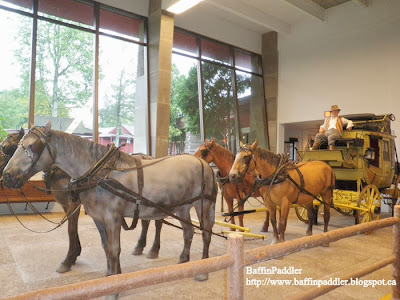 Roads and Rails is the museum's largest exhibit. I got lost in it physically and mentally. I stayed so long, enjoying stepping back in time in this fantasic exhibit at the Adirondack Museum in upstate New York, that at one point, I found myself alone in total quiet. It was an odd and intriguing feeling. I was wondering if I might get locked inside and have to spend the night in a stagecoach. There were several to choose from.

After an unhurried lunch in the beautiful museum cafe, which sits on top of a 200-foot-high cliff with ample views of Blue Mountain Lake down below, I lost track of time. You get the idea. This is a place you don't want to hurry through.

Then, while staring up at a big fancy stagecoach from Turner's Tavern, I heard someone I couldn't see call out, “There's one over there.”
Someone else with a walkie-talkie replied: “Yeah, I've got her.”

I had a funny feeling they were talking about me. I couldn't see anyone with all the big wagons and…
Post a Comment
Read more 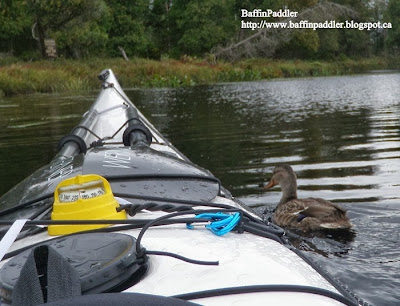 Now that winter is here and the lakes and rivers are frozen or getting there day-by-day in Canada, it's time to pull out some of those short-n-sweet paddle stories I parked in my mind but were never told. They are pleasant memories. The ones that make me kick myself for not kayaking more this year. These memories will make me plan more kayaking trips in the new year. My awesome kayaks deserve it.

This is the story of The Dack Duck.

That's what I named her anyway. Perhaps I should have named her Grace.

A couple of years ago, I was on a kayaking trip with a small group in the Adirondacks, in upstate New York (U.S.A.). We were paddling a series of lakes from one day to the next.

One drizzly, foggy day, that I thought was far better for visiting the awesome Adirondack Museum, we paddled Big Moose Lake. I lost the vote. And luckily so. Along the remote, wild, east end of the lake, a cute little female duck broke away from the flock and swam over to my kayak and led the way out of t…
2 comments
Read more

A metaphor for urban sprawl 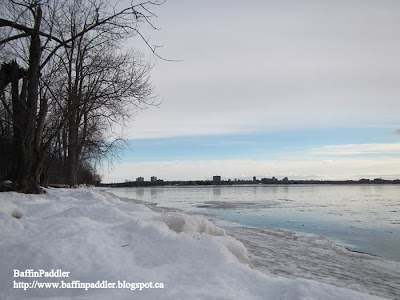 Like the city, the forest suffers from it too. Urban sprawl. The uncontrolled expansion of urban areas. Cities and suburbs and industrial parks. Uncontrolled and poorly planned. Or not planned at all.

The forest like the city starts out simple. There is lots of space and light.
Then development starts to crowd the space.
Things grow, get bigger, taller, and more powerful, taking up most of the space and resources.

The infrastructure ages. There is moaning and groaning. The structure and the environment can no longer support the weight and demands of the sprawl.

Things collapse. It's a tangled mess.

But the forest, unlike the city, regenerates itself . . . if the city lets it.

Befriend a forest. There are so many that need a lot more human friends.


Befriend a forest, especially urban forests and parklands, otherwise, urban development and profit-generating organizations will take it over and remove it for good.